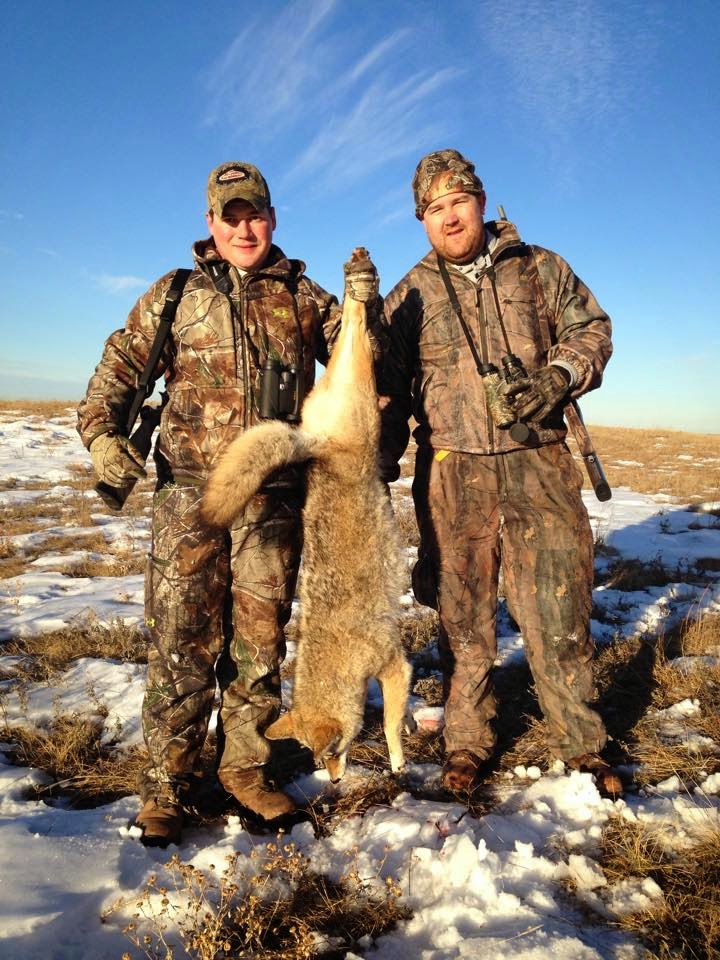 It was a great day to be out in the field coyote hunting.  The weather was perfect, only 6-8 mph winds and a nice 30-40 degree day.  Our first sit, we had 2 coyotes come in after about 24 minutes of calling.  They held back at around 400 yards, until the large male decided to come right in.  We let it get in to about 75 yards, before Adam released the trigger on his .204 caliber rifle.  He smoked him in the first shot!  Mike then shot at the other one at 400 yards, but was just shy of hitting it.

We did several more set-ups throughout the day and seen plenty of coyotes.  Many of the coyotes weren't interested in coming in, or something seemed to have spooked them.  It was fun watching them from a distance pouncing on mice or chasing around.  Most of the coyotes were most interested in our rodent in distress call, which we were using a Jack in the box decoy as well.  Otherwise, they seemed to respond well with a pup in distress or Coyote challenge call.