Hunting isn't just for boys, guys, men, etc....  It appeals to everyone, even coming on your honeymoon! 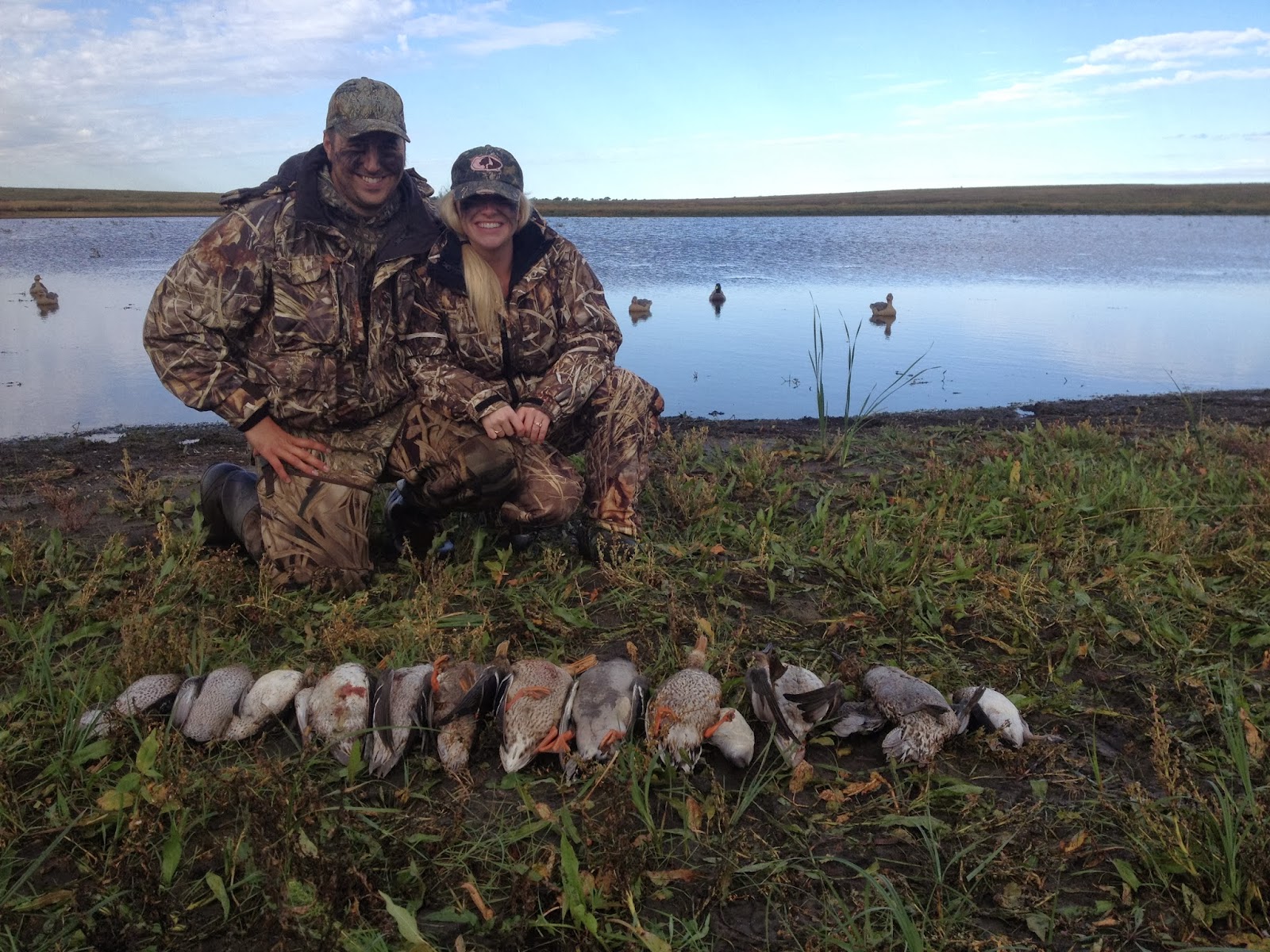 We were fortunate enough to share memories with one couple that came to the ranch this past fall right after their wedding.  They came during opening week for non-resident hunters and had some great action.  They limited on ducks both days and had a blast doing it.  The ducks either bombed right in to the decoys or gave us a few flybys.

Coyote Hunting on the Plains of North Dakota 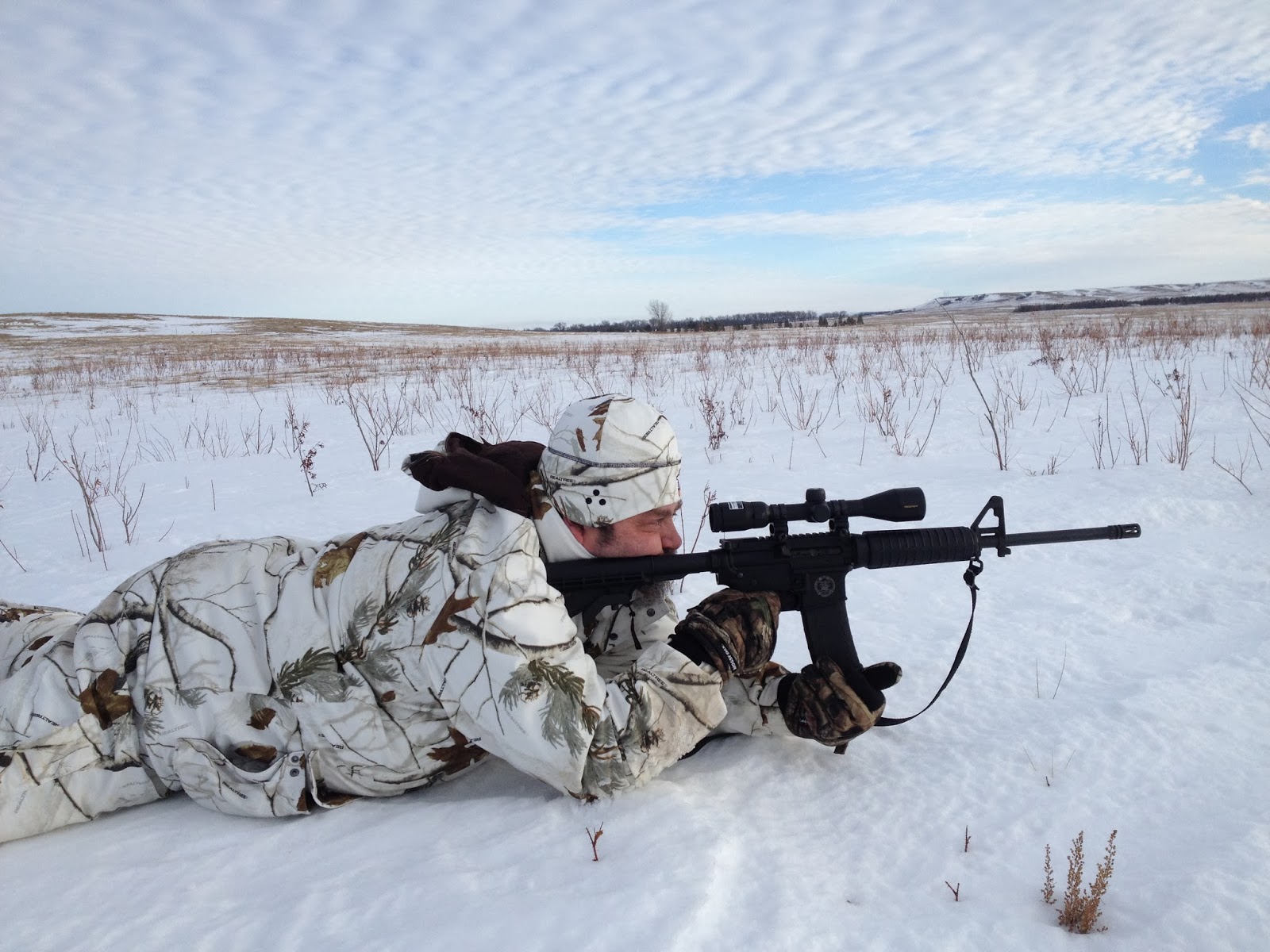 This past weekend was a great time to be out in the field coyote hunting.  The weather was almost perfect, the moon was full, and the coyotes were laying around in the field.

Jay guided a couple hunters this past week and shared some fun memories.  One particular hunt started like this....

It was about 2 pm on a sunny Saturday.  The wind was blowing fairly strong, around 25 mph, so calling could be a challenge.  Jay said, "Lets set up on a large hill to over look several miles and hopefully we can spot some coyotes roaming the prairie.  A couple of the coyotes must have had the same idea because there were two of them already on the hill.  Those two took off running and never stopped.

Jay then blasted a few coyote calls to see if anything reacted.  It is mating season right now, so coyotes usually react to other coyotes coming into their area.  One coyote stood up about a mile away, but then lost interest and laid down.  Nothing seemed to get a reaction again from then on out, so the stalk was on.

We set off through the snow and snuck up to about 175 yards of the coyote still laying down.  The first shot was fired with a miss!  The coyote jumped up and ran directly at us.  The shots kept going with no results.  The coyote is now at 75 yards.  Now the hunters are having a hard time getting it into their scopes, since they were on full power.  Jay sat their helplessly, saying, "shoot now....SHOOT NOW!"

Many more shots rang out across the land, but the coyote left untouched.  Once the coyote ran over the hill, everyone looked at each other and started laughing.  One of the hunters said, "how was that possible, he was right there."  Jay chuckled and said, "Well boys, lets move on.  The gun range is not very far away."
Posted by Rolling Plains Adventures at 9:22 PM No comments: Links to this post