Mossy Oak Productions visited Rolling Plains Adventures last week to film a bow hunting episode for their TV show "Deer Thugs."  The crew rolled in to film the outfitter "Jeremy Doan" and one of their hunters "Jimmy Riley."

The Hunt was set up for 6 evening hunts and 5 morning hunts.  The first evening sit, Jimmy was the only hunter on stand due to one of the camera man not making his flight on time.  Jeremy just scouted this night, but did manage to film the deer that came by while scouting.  Here is an image of one of the bucks Jeremy filmed that came in to about 10 yards of the truck! 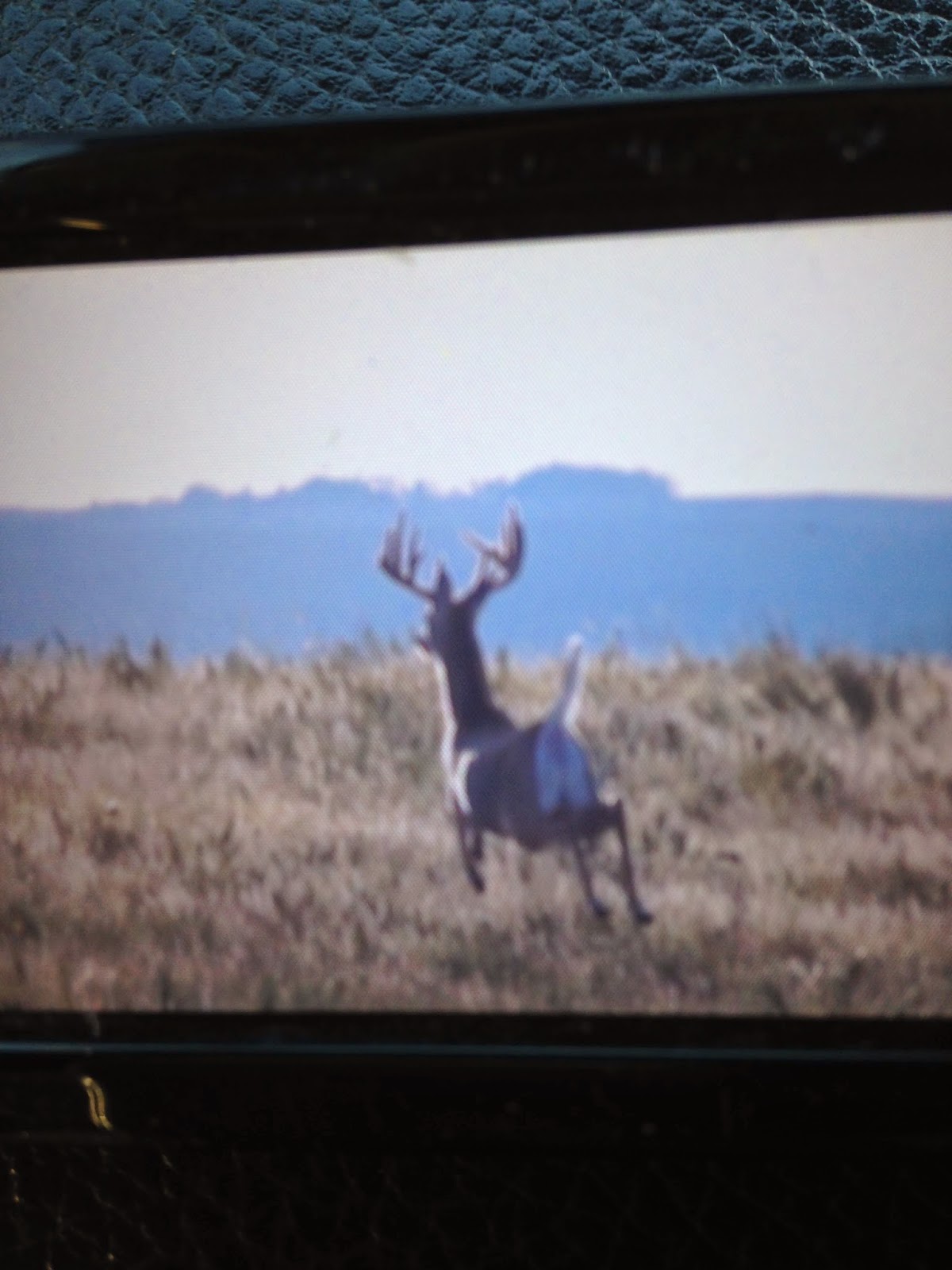 Day 2 started with a morning hunt with only seeing a few does.  Later on that day, Jeremy got into his stand with camera man Joe at around 4:30 PM.  It started slow, but picked up real fast when a small buck appeared at 150 yards around 6:45 PM.  About 5 minutes passed when another buck appeared in the brush with him.  Then another buck!  The bucks started to beeline straight for us from 150 yards.  The one leading the group was a 5 1/2 year old mature 10 point followed by about a 4 1/2 8 point with matching stickers of the G2's.  The 10 point slowly made his way in to about 17 yards.  Jeremy drew back his PSE Pro bow and made a perfect shot through the lungs.  The deer ran about 70 yards and it was all over.  The buck scored close to 150"s. 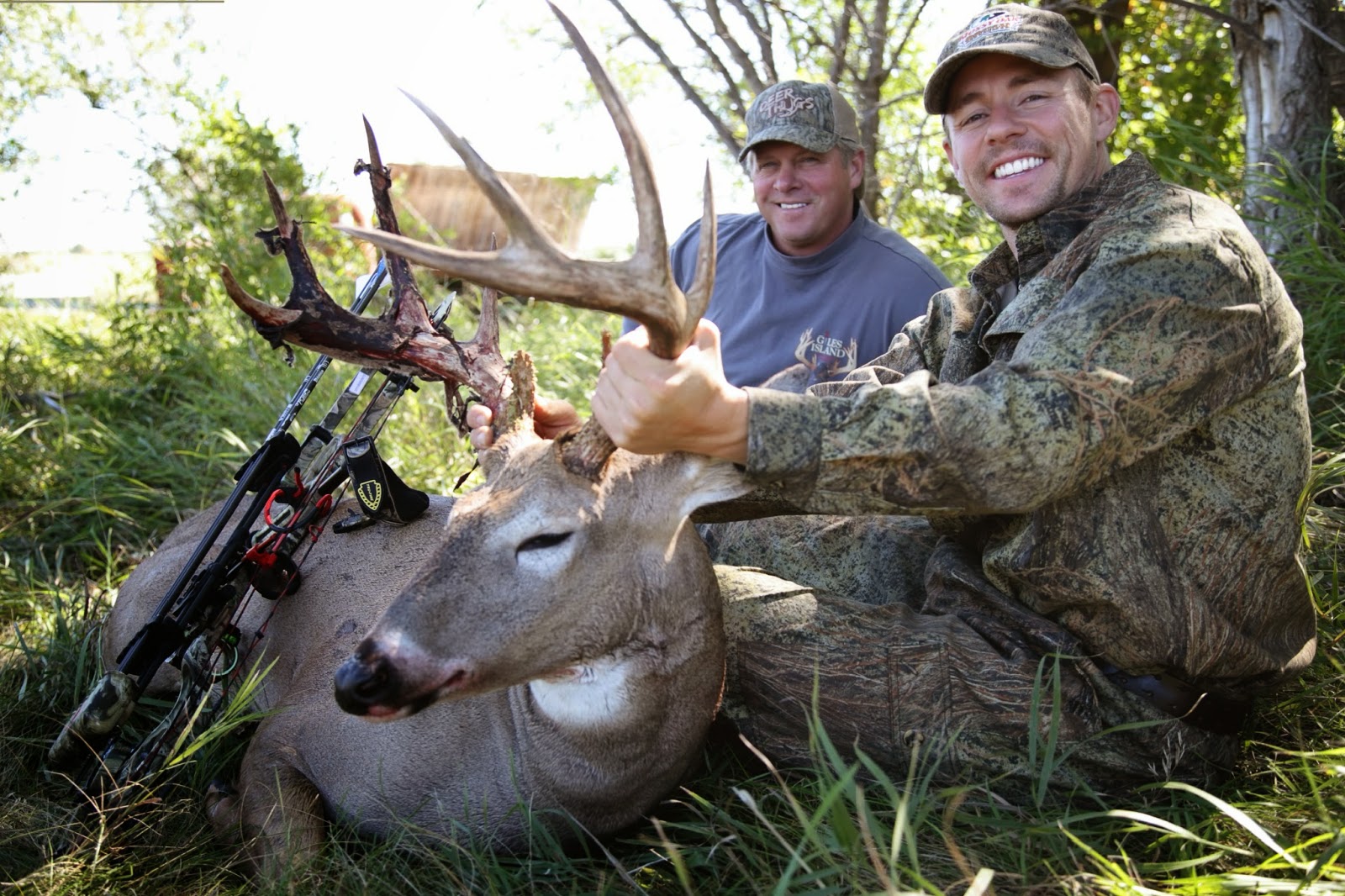 Day 3, 4, and 5 seemed to blur together.  Seen plenty of shooter bucks, but all just out of range. 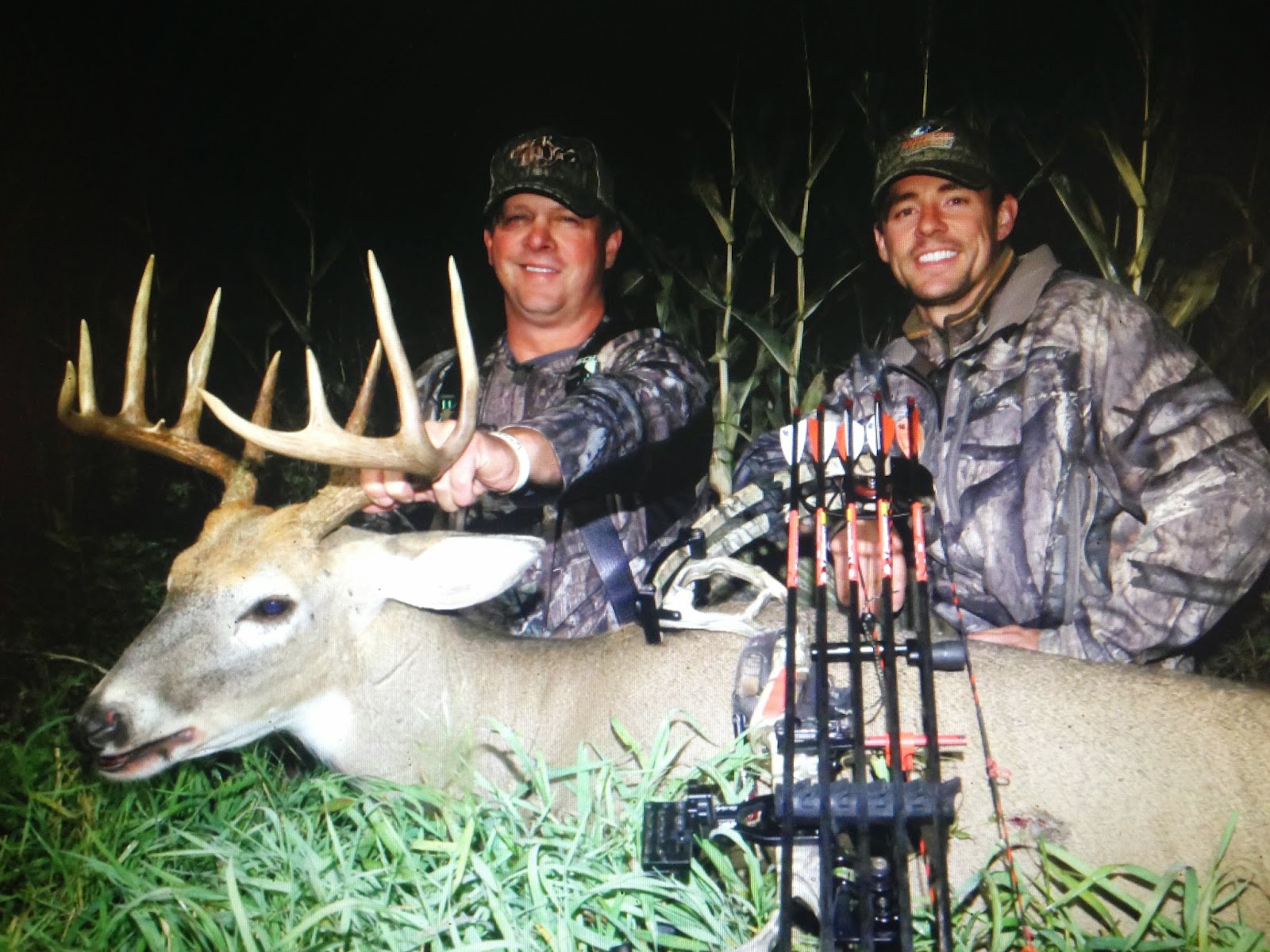 Day 6, the final day of the hunt.  It is now the last hunt of the trip, so planning is very crucial.   Jeremy checked all of the deer cameras that afternoon and placed Jimmy in a stand that had one buck coming in 2 nights in a row between 8:45 and 8:20.  Camera shooting light is over at about 8:20, but this was the best chance we had.  Jimmy had been sitting in the stand for a couple hours when the buck appeared at 8:15 PM.  He came in early!  The deer walked by the stand at about 15 yards when Jimmy let his arrow fly.  The deer ran about 75 yards into the most dense crop cover on the ranch.  The buck was recovered shortly after and was a perfect 10 point.